Over the years BMETS has supported projects as diverse as building pre-schools in rural areas, paying the salaries of teachers, on-selling traditional textiles known as Tais which support widows and sole parents to fund their children’s education and assisting to build a women’s refuge in Dili. 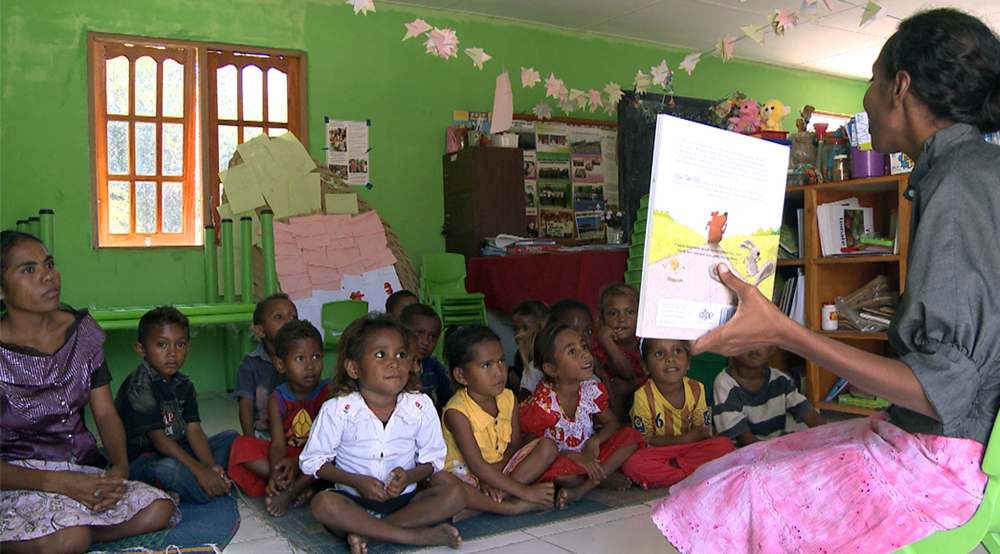 Here are some of our key achievements:

SCHOLARSHIP PROGRAM: BMETS provide scholarships for girls and women to attend high school and university, particularly helping women with leadership potential.  More than 120 women have benefited from the BMETS scholarship program. Some are now in jobs such as community development work, financial and business management, one is a registered doctor, while others are back in their villages teaching and helping establish schools and preschools. We are particularly proud that one graduate was now a senior leader in the Timorese government; another is the co-director of Timor’s first feature film Beatriz's War, many are working in women’s NGOs and several have gone on to study at Masters level overseas. This program is now administered with the assistance of the Alola Foundation

APSC-TL (ASIA PACIFIC SUPPORT COLLECTIVE- TIMOR-LESTE): For over a decade BMETS was a major supporter of APSC-TL. This leading women’s organisation has been central to the Government adopting laws to protect women from violence. APSC-TL’s other work includes alerting women to their rights and providing training in communication and advocacy skills. They have also recorded and published stories of the overlooked contribution of women in the fight for the nation's independence.

REDUCING THE IMPACT ON SURVIVORS OF VIOLENCE: BMETS have built a community centre in the rural township of Mauchiga for women systematically raped during the Indonesian occupation and contributed to the construction of a safe house for survivors of domestic and sexual violence in Dili, through PRADET (Psychosocial Recovery & Development in East Timor).

HATOBUILICO WOMEN’S DEVELOPMENT PROJECT: We have assisted women to gain some independent income through seed funding a set of small businesses, such as, small general stores, weaving outlets and cooperative gardens.

REDE FETO: As the national umbrella for women’s groups in East Timor, we have supported Rede Feto’s organisational infrastructure and contributed to the National Women’s Congress.

DEVELOPMENT OF WOMEN'S SPORT: BMETS has supported a netball program as a means to build women's confidence and to contribute to an anti-violence strategy.

MAUBISSE HOSPITAL LIAISON OFFICER: To ensure that babies have the healthiest start in life, we fund this job position to ensure support for new mothers to establish breast-feeding in this rural hospital.

PRESERVATION OF TAIS (TRADITIONAL TEXTILES): BMETS has contributed to preserving this important cultural tradition through assisting Alola Esperansa (where women work together to learn, weave and sell products) through the purchase of sewing machines, signage and cooling systems and supporting the Lautem Weaver’s Group to produce traditional vegetable dyes in Los Palos. BMETS also on-sells tais in Australia on a non-profit basis.